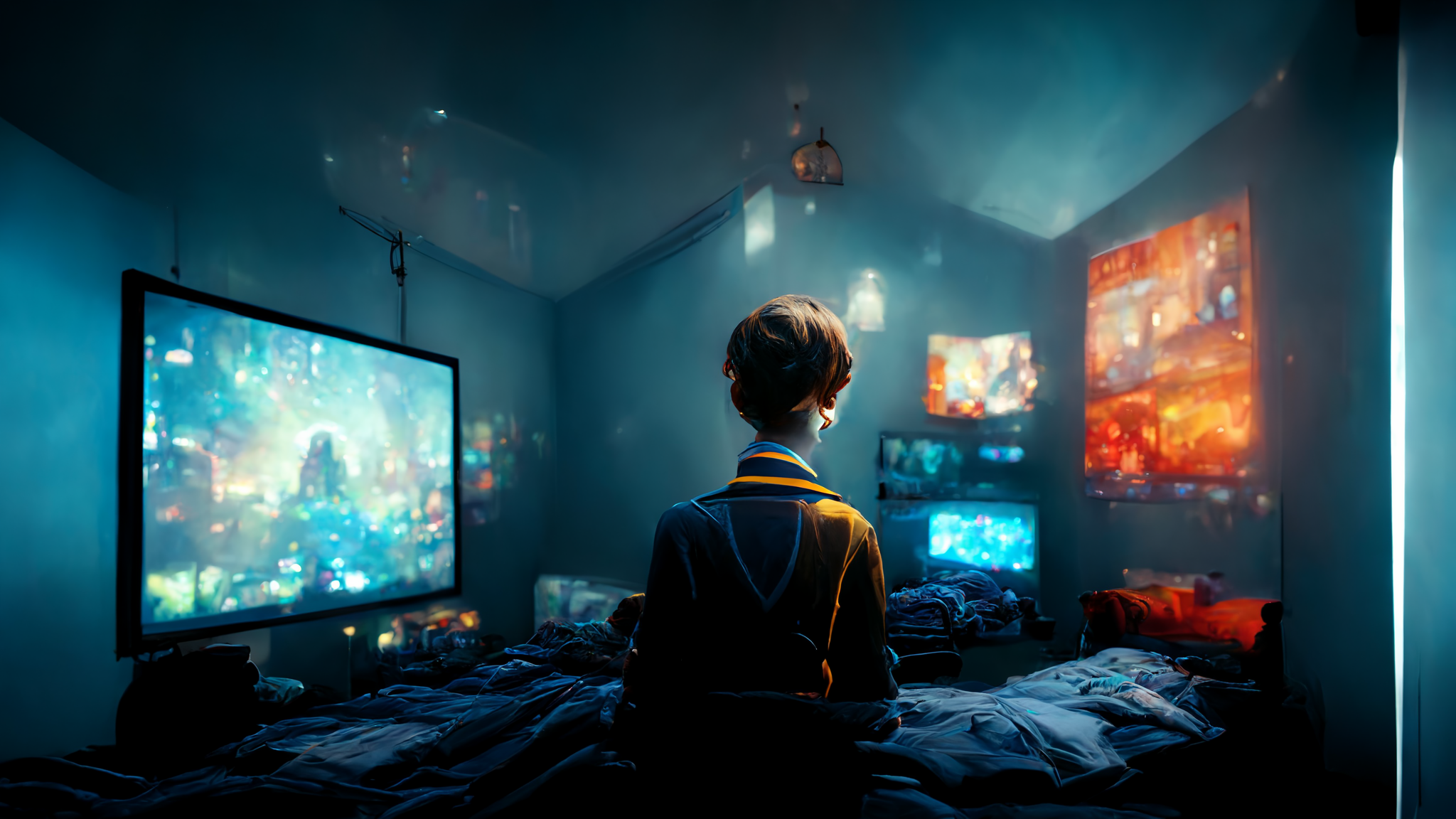 He sits at the computer all day long,” this is how parents often talk about their child’s vacation. Football in the yard, rubber bands and hopscotch are becoming a thing of the past – children are spending more and more time in the virtual world. This material is about how to understand when computer addiction is harmful, and how to deal with teenagers’ computer addiction.

What is internet addiction

Without computers, smartphones and the Internet, it is difficult to imagine modern life. We communicate in instant messengers and social networks, find out news on websites, and even school grades are received by children in electronic diaries. Many professions are also associated with computers, from programmers to accountants.

Even computer games can become a serious occupation. Since 2001, esports has been recognized as an official sport in our country, and in the United States, the first esports tournaments appeared even earlier. And the question arises: how to draw the line beyond which e-sports and a healthy passion for technology turn into computer addiction in teenagers.

The term “Internet addiction” appeared with the light hand of the American psychiatrist Ivan Goldberg. He had in mind such a passion for the virtual world, from which the social and professional activities of a person suffer.

Today, Internet addiction in adolescents and adults is called a behavioral disorder in which a person has an obsessive desire to go online and loses control over the time spent in front of the monitor.

American neuroscientists conducted a study on the problem of gambling and found that the desire to play computer games activates the same areas of the brain that are responsible for cravings for drugs and gambling. All these addictions are somewhat similar, although gambling does not destroy health in the same way as a drug one.

Children spend time online in different ways. Boys are more fond of shooting games like Doom or Counter-Strike, while girls can scroll through the Instagram feed for hours. There are three types of computer addiction, although they all have the same mechanism:

Gaming Addiction is an excessive passion for computer games, which are gradually replacing real life. Realistic graphics and rich storyline give the child emotions, and game chats can fully satisfy the child’s need for communication. Also, many games have ratings, daily tasks, reward systems, which additionally keeps players.

Addiction to Social Networks is an obsessive desire to check for new likes and messages, scroll through the feed for a long time, and make online acquaintances. In social networks, it is easy for teenagers to overcome insecurities and create an ideal image of themselves. But the greater the gap with reality, the more difficult it is to accept your appearance without filters and real life, which seems too boring and gray.

Internet Surfing Addiction – all sorts of sites and YouTube videos can be useful if a teenager watches them for some reason. It is quite another thing – aimless wandering on the network. In fact, this is procrastination, which gradually takes more and more time.

Signs of computer addiction in teenagers

Frequent use of the computer does not always mean addiction. The key difference between passion and a real behavioral disorder is the loss of control over cravings for games or social networks, a blurred line between the virtual and real world. Everyday affairs gradually lose their meaning and become a burden that you want to end quickly in order to immerse yourself in virtual life.

Some parents consider computer addiction just a bad habit or a gap in parenting, but mental health professionals suggest treating it as a disease. In 2019, gaming disorders, including addiction to computer games, were included in the International Classification of Diseases.

Symptoms of computer addiction in teenagers:

Who gets addicted and why

Many children get acquainted with the computer as early as 2-3 years old, but not all become addicted during adolescence. Often, excessive craving for the virtual world appears in children who are left to their own devices and have not learned to enjoy hobbies, reading, sports.

Then a teenager, in pursuit of positive emotions, chooses the easiest way: TV shows, junk food, computer games. All of this is effortless pleasure and quickly addictive.

It is useless to think about how to wean a teenager from computer addiction if he does not have situations of success offline. And such situations will not appear out of nowhere if you turn off the Internet at home – you need to work on them.

Another factor that can contribute to the development of computer addiction in children and adolescents is the lack of traditions of recreation in the family. Family trips, sports, and DIY hobbies teach kids to have fun doing things. But if it is customary in the family to spend time in front of the TV, the child has nowhere to learn another way to rid himself of boredom.

Gambling addiction has long attracted the attention of psychiatrists, and today their professional interest has shifted from gambling to online games. Gambling addiction in adolescents and adults, like any disease, has its stages. Today, the Kekelidze-Shemchuk classification is popular, according to which a complete immersion in virtual life takes place in 4 stages.

If the Internet and the computer become the main channels of communication, this can greatly affect the socialization of a teenager. The network does not use facial expressions and gestures, emotions are expressed with emoticons, and in case of any conflicts, you can simply leave the chat. The child does not use all the means of communication, does not develop them – all this impoverishes communication.

Another important point is violations in the formation of attachments. It’s easy to make friends online, but it’s just as easy to break up. You can add one interlocutor to the black list and immediately find a new one. As a result, the teenager will not have the experience of real relationships with all their difficulties, grinding, quarrels and reconciliations.

An equally harmful consequence of computer addiction in adolescents can be considered the illusion of achievements that develops among avid gamers or bloggers. In games, you can create a whole universe in a few days, and if something didn’t work out, go through the level again. It’s not easy to succeed in life. At the same time, only a few are seriously involved in e-sports or the development of their blog, while the rest retain the illusion of achievements while their real life is being destroyed.

Project participants who loved violent video games as teenagers were no more aggressive at 23 than their peers who had never played such games.

Computer addiction is often accompanied by a number of somatic problems. Muscles weaken from hypodynamia, posture deteriorates and scoliosis develops. Irregular meals and fast food, which children love to snack on while playing, lead to gastritis. Finally, a long stay in front of the monitor inevitably affects vision.

Such problems are clearly visible to parents, but may be invisible to a teenager. Engaged in the game, children often do not notice hunger and lack of sleep. However, all this affects health.

How to treat computer addiction in teenagers

Parents should first of all pay attention to the situation in the family and at school – this is the closest environment of a teenager, where the roots of all his problems usually lie. In the early stages, it is enough to improve the atmosphere in the family and offer the child an interesting hobby.

And in order to understand how to cure computer addiction in a teenager, if it has already formed and there are negative consequences, it is important to consult a psychologist and find a solution together.

Any disease is better to prevent than to cure. Methodological recommendations from psychologists aimed at preventing computer addiction include working with a teenager on choosing an active hobby, on life goals. You need to pay attention to this as early as possible, until the hobby for the computer goes beyond the norm.

Three principles of getting rid of computer addiction:

Children in the family should have a choice of how to spend their free time and what to get involved in. If from an early age cartoons were the only option for recreation, there is a high probability that they will be replaced by video games and social networks, because the child will not form ideas about entertainment without gadgets.

How to help a child: tips for parents

What you shouldn’t do

The computer, like everything in this world, is not an absolute evil, but a tool. It can be useful for a child if parents teach him how to use it correctly. 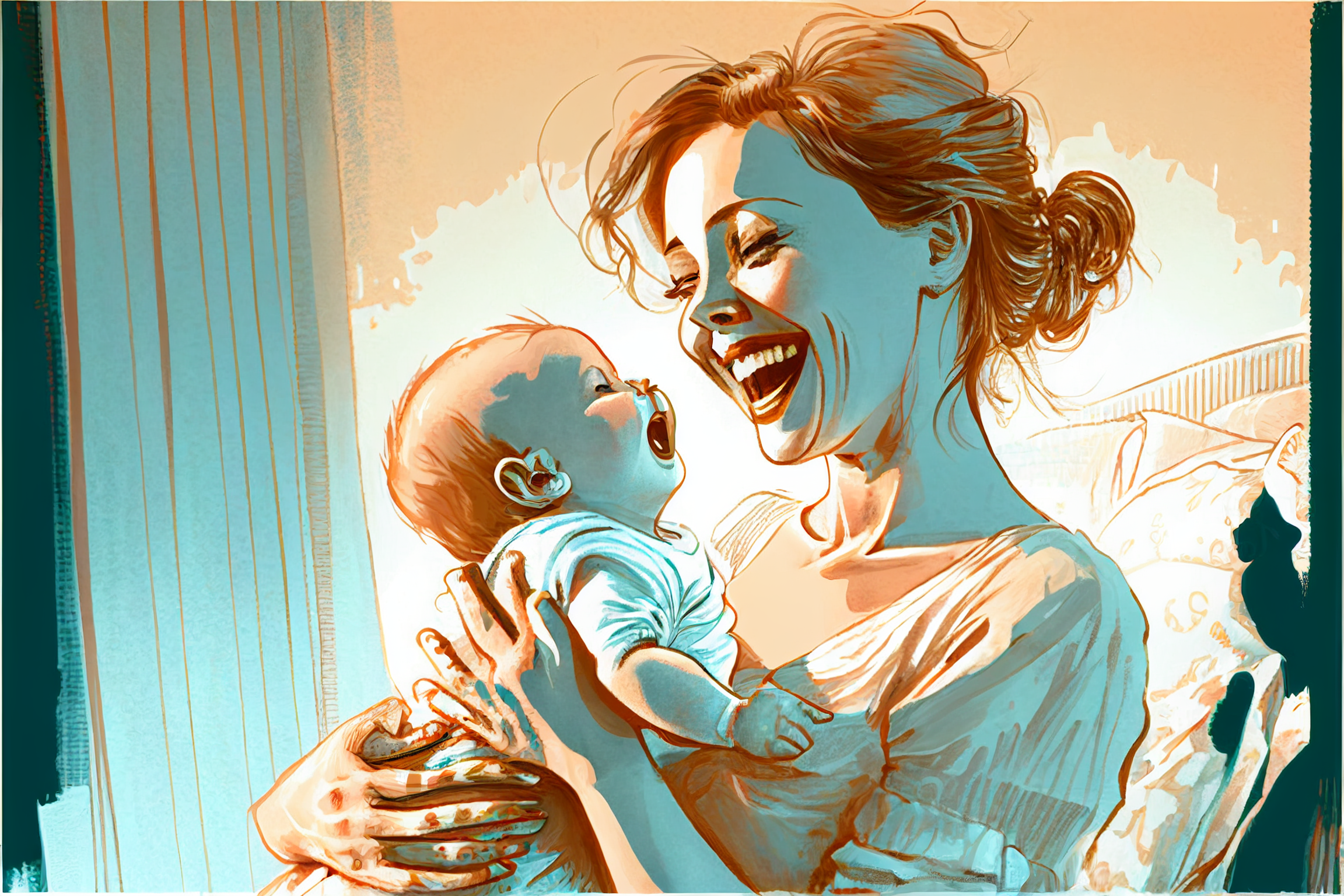 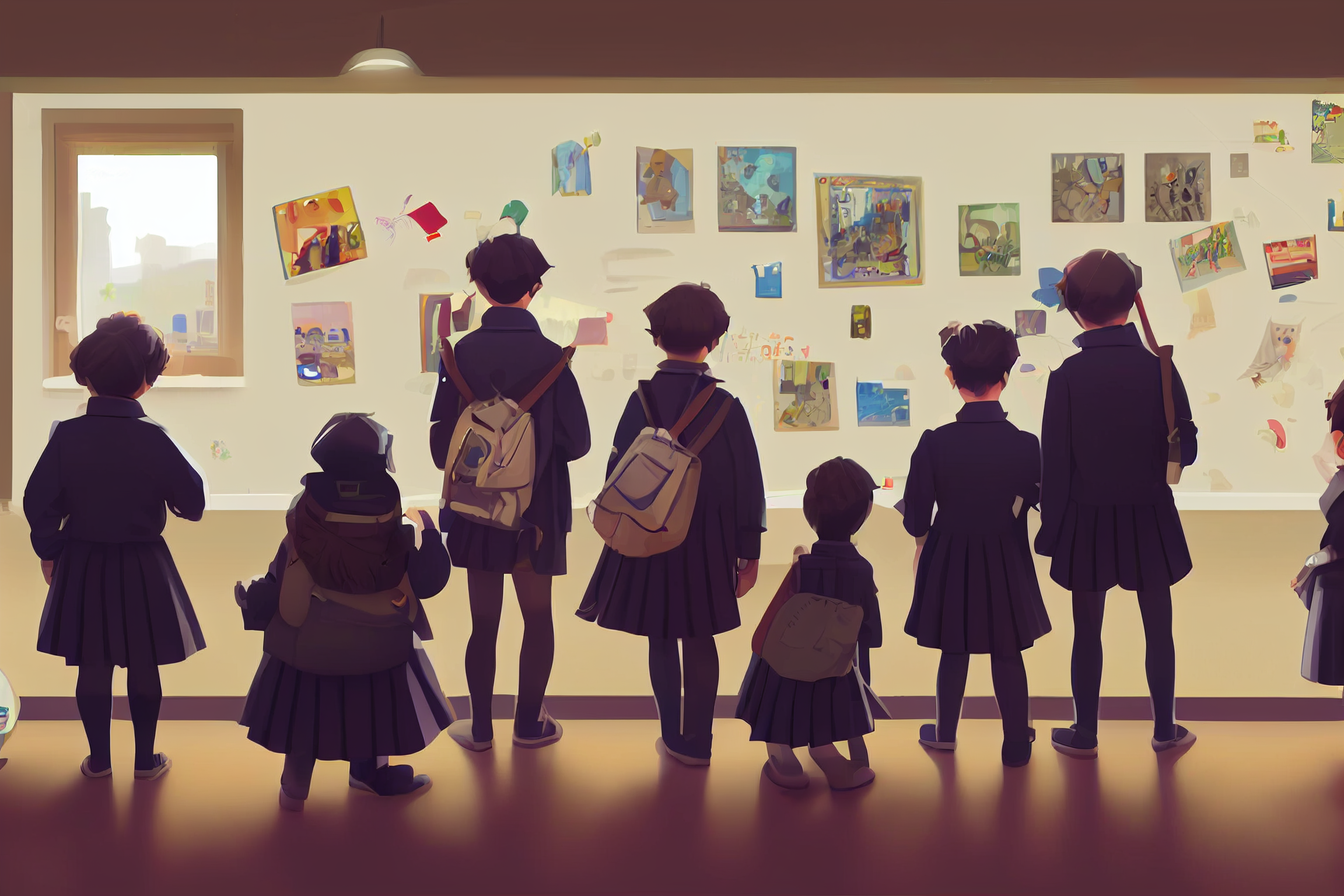 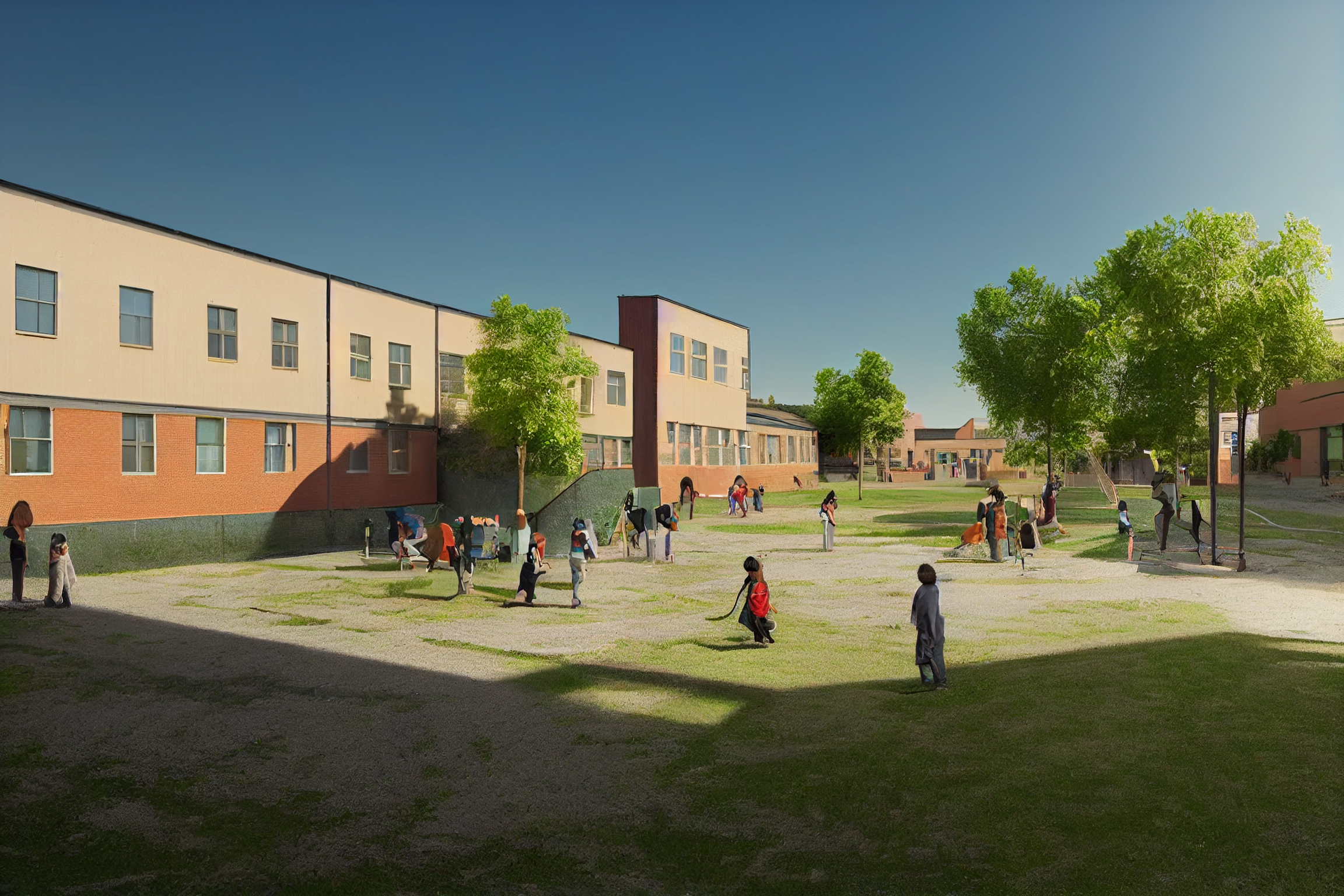